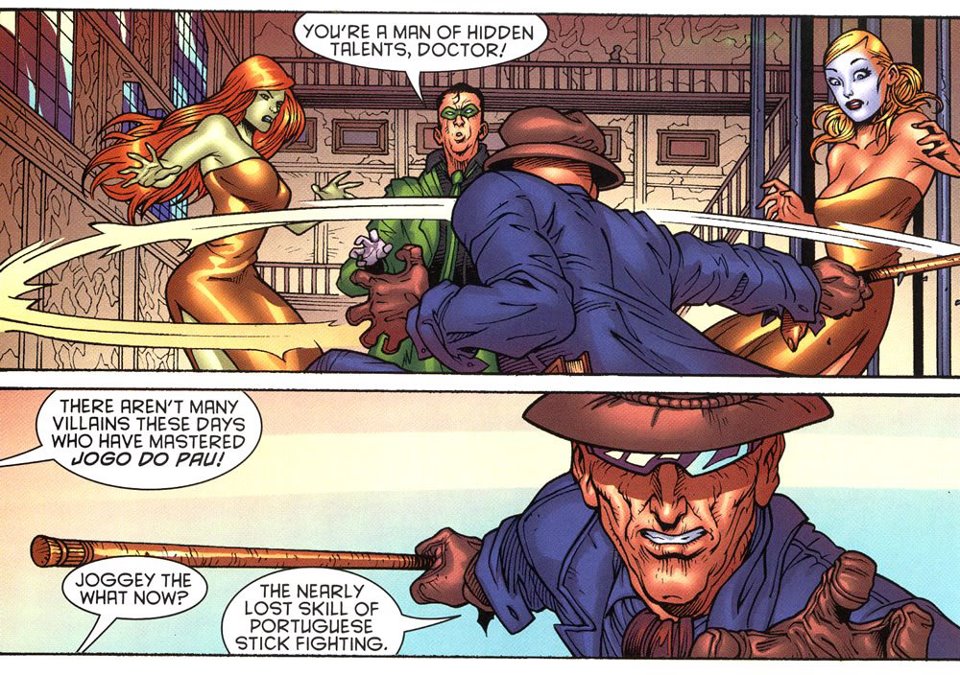 This is when the Sirens make themselves known, dressed as the Muses they already defeated. Aesop glares at Ridder, calling him a traitor, and the somewhat surprised Riddler proclaims he had nothing to do with it. Catwoman backs him up on this, leading to a squabble among the allies about using Riddle as bait, he somewhat understandably feeling betrayed. Aesop takes the distraction to turn loose his little zoo to attack them. Selina naturally charms the lions into submission, but then gets knocked cold by Aesop, who suddenly is recalled as a master of Jogo Do Pau, a very obscure stick fighting form from Portugal. He uses his cane to fend off Harley, while Ivy uses her vines to snare most of the animals as Riddler tends to Catwoman, waking her up to calm the lion that escaped the plants. Aesop beats Harley, and then charges out the door right into a large contingent of Gotham City Police Department, and then gets arrested.