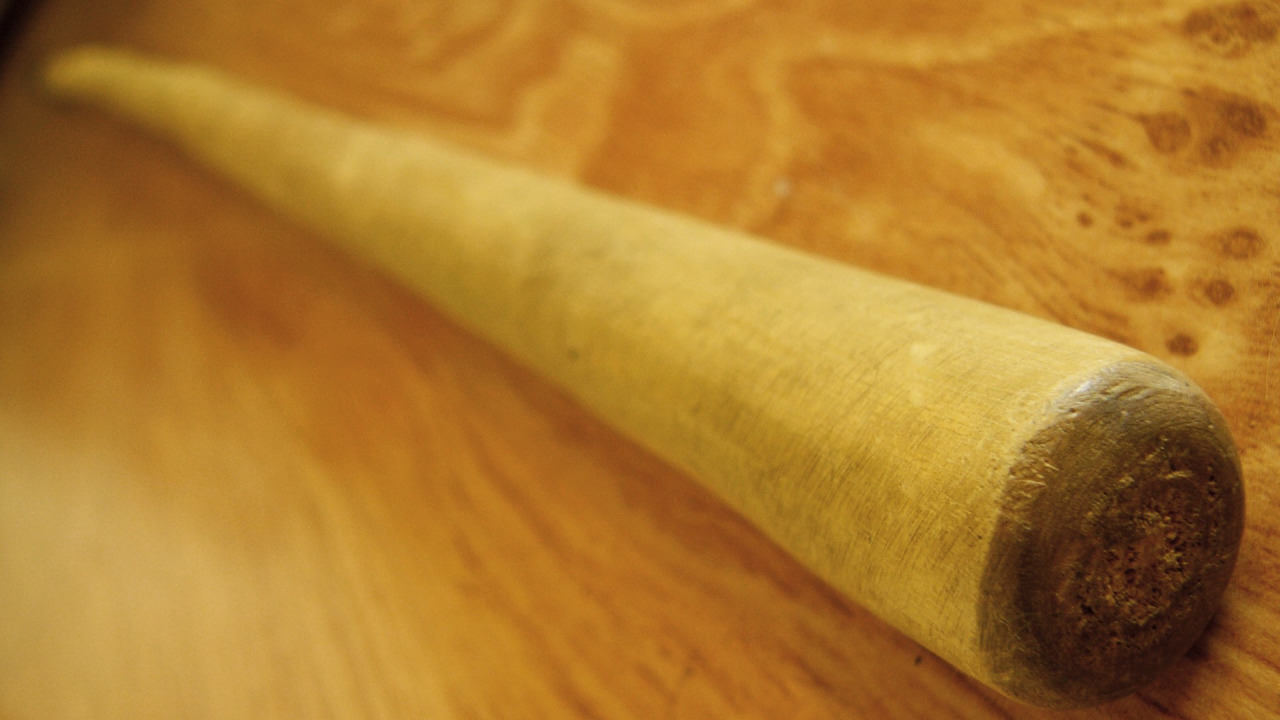 The staff as a weapon is seen in many martial arts all around the world, but being it such a simple weapon, a variation in its length can affect the way is it used in combat.

The staff in the Portuguese tradition is a walking staff, and a common “tool” in the rural areas, to drive the cattle, walk, etc, Its length emerges naturally from this functions, because, if it was much longer, it wouldn’t be as easy to maneuver when walking, and if it was much shorter, it could help on walking as a walking cane, but would not give support as a Shepherd need from his staff.

In other contexts we can see longer staffs, for example, the campinos from Ribatejo use much longer staffs, but they use it to herd cattle from the horseback, so they naturally need a longer staff.

Prior to any standardization, the staff of jogo do pau would vary in length, but would always be kept within certain limits, usually longer than a walking cane, and never much taller than a man.

It was however, not a weapon, this staff length, was not choose for it excellence in combat, it emerged naturally, but besides its practical application in other function, it somehow has also characteristics that made it ideal in length for the context in which jogo do pau developed.

Staff fencing in Portugal had great relevance at a time when there were no other forms of defence. The policing was minimal, and a man had to defend himself, in rural and remote areas, not in cities where the streets were tighter and this weapon had a smaller application.

note: This unfortunately happened until very recently, late 19th century and even early 20th, when the National Guard was more largely deployed and started to forbid the use of the staff and actually breaking them at farmers markets and other rural events to avoid brawls.

Other alternatives to self defence were not available to the common man, as fire weapons. Pistols were not very common in Portugal even at the time when the revolver was more known in the U.S.A., here it was a rare weapon, that only much later was more wide spread, and became an alternative to the staff, but only at a time when the policing also took care of the safety problem, so it never was really much in use.

The long guns, being more common, were in many cases superior to the walking staff, however, were harder to carry, and would not be as useful in day to day life.

Swords, that are a millennial technology, were also not at the reach of the common rural worker, that is left with a simple walking staff.

In Complement to the Walking staff

Another common implement in use for its other applications other than as a weapon was a small knife.

It was a considerable weapon, when people didn’t use any kind of armor daily, and it was one more reason for the staff to be an essential item because the extra length of the staff is what would avoid conflicts at closer distances, that with everyone potentially having a knife, are much harder to control and potentially more lethal, to both sides.

With a close combat knife fight, at grappling distance, it is not only easier for both fighters to get lethally hurt, but also, it is hard to run away or escape from, while with the staff’s extra distance, there is more of a possibility of finding a way out, or one of the sides to run away if willing to, than in a knife fight. In a situation of self defence, to be able to stop the fight, by evasion, having everyone end safely is a strong benefit in general, not only for the individual, but for the society as a whole, in contrast with knife fights, where both have serious risk of ending up dead.

With that, we have one of the main functions of the staff as a weapon, that is to avoid close combat that regularly ends up in knife fights. This is the reason why practicing at keeping a long fencing distance is a great part of jogo do pau.

The element of distance greatly affects the length of the staff, because it is much easier to keep opponents at distance with a longer weapon than with a shorter one, like a walking cane for example. It is still possible to reach the same goal with a walking cane, but the margin of error is much smaller.

A shorter staff is however, easier to maneuver, because of its lightness, it would however not be chosen, because a longer staff, about the height of a man would really give a distance advantage.

However, up to a limit, because a much longer staff starts to be much harder to maneuver, and the same technique stops to be ineffective in use. This limit is caused not only by the limit of strength of the person using it, but also by the weight of the fencer, because even when used correctly and with the full allocation of body weight, at some point, a much longer staff becomes slower in rotation, and would have to be used in other ways that would not grant the same advantages in speed and power generation than the traditional length employs, so that extra length would not grand advantages, and this is the natural limit to the staff’s upper length in this context.

Analysis of jogo do pau’s multiple opponents, in the context of self defense with the walking staff.